We have a vision that by 2030 the Territory will be a world-class gas production, manufacturing and services hub.
Growing the Territory's gas service and supply industry and maximising local content is key to building a vibrant and resilient economy.

Vision: By 2030, the Territory is a world-class gas production, manufacturing and services hub.

The Northern Territory (NT) has developed the local infrastructure and expertise required to support high calibre projects, including the US$37 billion INPEX-led Ichthys LNG Project, the US$5 billion ConocoPhillips-led Darwin LNG Project and the $800 million Jemena Northern Gas Pipeline.

The Territory Government is committed to achieving its vision for a world-class gas production, manufacturing and services through its five point plan to:

Find out more information about gas-led growth at Our Territory Gas Strategy or learn more about the gas service and supply plan.

The Northern Territory (NT) Government supports the activities of the NT Defence and National Security Advocate Dr. Alan Dupont AO to promote our capabilities and capacity.

The NT has a critical role in Australia’s national security, including: energy, resources, maritime, biosecurity, economic and trade, immigration, military and border security. Darwin is also the regional hub for Australia’s international engagement and trade.

The NT defence economy is considered to cover the impacts of the Australian Defence Force (ADF) operational and training activities, manufacturing, supply and support for those activities and the broader economic effect of Defence personnel and their families living and visiting the NT. Other aspects of Australia’s national security have similarly important, albeit lesser, impact on the NT economy.

The 2020 Australian Defence Strategic Update and ongoing focus on maximising Australian industry involvement in Defence capability projects will create new opportunities in the Northern Territory over the coming decade and beyond. The Update has a projected investment into Defence of $270 billion over the next 10 years that will take annual defence spending beyond the 2 per cent of GDP committed to in 2013. This has significant implications for the Territory as the government re-prioritises the ADF's geographical focus on the immediate region.

To ensure that the NT is at the forefront of northern Australia’s contribution to a more prosperous and secure Australia, the NT Government will have a consistent presence in Canberra, the NT Defence and National Security Advocate. The NT advocate assists the NT in gaining the attention of influence with the Australian Government, the Department of Defence and defence support industries, the Australian Government national security and foreign military forces.

The Territory Government is securing the investments needed to create the jobs of today and to guarantee permanent, ongoing jobs of tomorrow.

We have been doing this by focussing on the strengths of the Territory - the competitive advantage of its location, the culture, the history and the people.

Get the Investment timeline PDF (4.3 MB)

For an alternative version of the above document call 08 8999 5091 or email investmenterritory@nt.gov.au.

About major projects in the Northern Territory

Major projects are significant contributors to the economic development of the Northern Territory (NT) including through the creation of jobs and business opportunities.

These projects may be:

The Investment Territory team in the Department of the Chief Minister and Cabinet leads the coordination, development and implementation of whole-of-government policies, strategies and major projects that drive diversity, productivity, development and participation in the NT economy.

The NT already has a track record of securing investment from proponents who look beyond the short term for significant investment opportunities.

Some of the world’s largest resource projects are located in the NT, including the $37 billion INPEX-led Ichthys LNG project.

The NT Government awards major project status to private sector initiated projects that are significant, complex and have strategic impact.

The objectives of the major project status are to:

For the project proponent, the benefits of major project status include whole of government support, coordination and facilitation, assistance in identifying and mapping regulatory approvals, a dedicated project case manager and facilitation of engagement with the Australian Government through a central and single point of contact.

The benefits of major projects for the NT include:

Since 2001, the NT has adopted a case management approach for projects that have been awarded major project status.

You can access the below websites for more information on the NT: 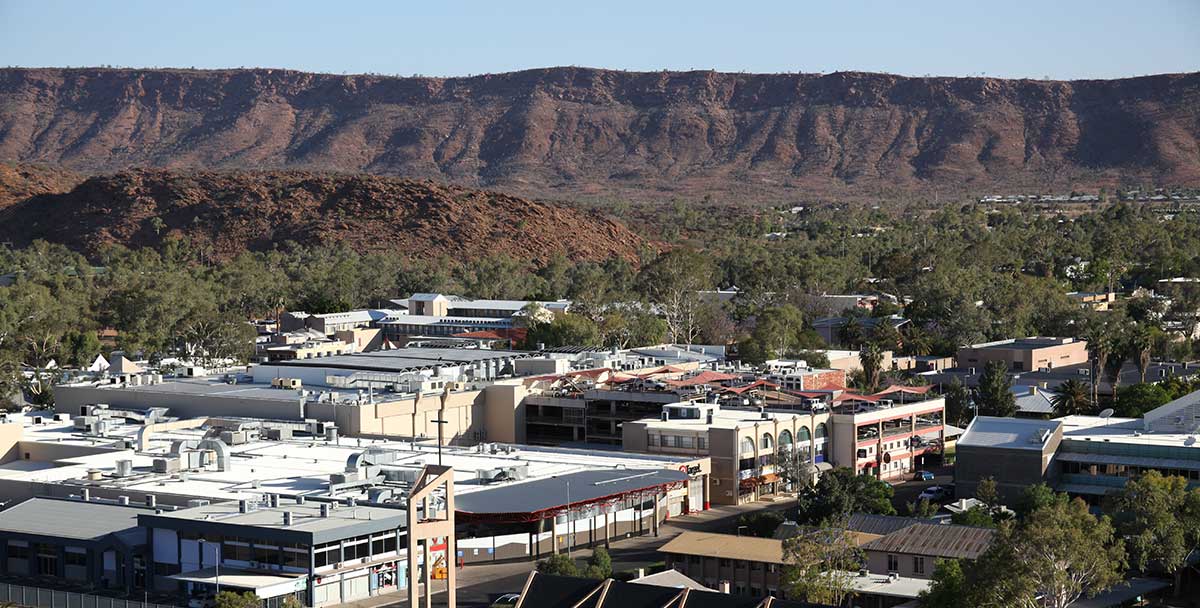 The AEC Group Pty Ltd (AEC) has completed its investigations on behalf of government around suitability of a proposed new tourism / commercial development in the Alice Springs region.

In early 2017 the Chief Minister indicated preparedness to provide land in Alice Springs through an expression of interest process for a potential tourism or commercial venture. The AEC looked into appropriate sites for the project, scoped scale, size and configuration plus provided advice on commercial and financial considerations for the proposed development.

The NT Government is currently working through site recommendations and working with stakeholders with a view to nominating a site as part of a future competitive market process.

The competitive market process will likely involve an initial expression of interest process to identify suitably qualified parties who may then be invited to prepare detailed proposals.

All enquiries should be directed to the project team at SIP@nt.gov.au.

In the period July to September 2020 the Northern Territory (NT) Government sought expressions of interest (EOI) from suitably qualified and experienced parties (proponents) to develop and operate data centres in Darwin.

The NT Government has identified a site in the suburb of Wishart that is available for the purpose of construction of a data centre or data centres. The site has flexible land parcels with ample land for expansion. Up to 100MW of power can be supplied at the site over the development period.

The government is also willing to work with proponents on bespoke solutions with a strategic need or individual power requirements above 100MW.

Watch an overview of the Darwin data centre opportunities.

View the transcript for the Darwin data centre EOI.

The EOI's are currently subject to assessment.

The Mount Isa to Tennant Creek Railway Project aims to link the existing Tarcoola to Darwin railway with the Great Northern Line operating from Mount Isa to Townsville.

The Northern Territory (NT) Government considers a rail link connecting the NT to north-western Queensland as critical for regional and national economic development and the creation of regional employment opportunities.

The project will provide rail connectivity through the Darwin to Townsville economic corridor and support the development of phosphate, agriculture, gas / liquids and other mineral exports along the rail corridor.

The NT, Queensland and Australian governments have commissioned preliminary investigations to understand the economic, commercial, technical, environmental and engineering requirements that may need to be addressed as part of any future development of the railway as part of the Darwin to Townsville  transport corridor.

The studies comprise the Strategic Options Paper and the Technical Assessment Program and are available on the Australian Government's Department of Infrastructure, Regional Development and Cities website.

Current work to support the project is focused on developing a more comprehensive understanding of the economic potential of the Barkly region through early-stage resources studies.

The release of new geoscience and land capability information should generate new exploration and resource discoveries and unlock new investment opportunities in the region that could underpin future demand for the railway. 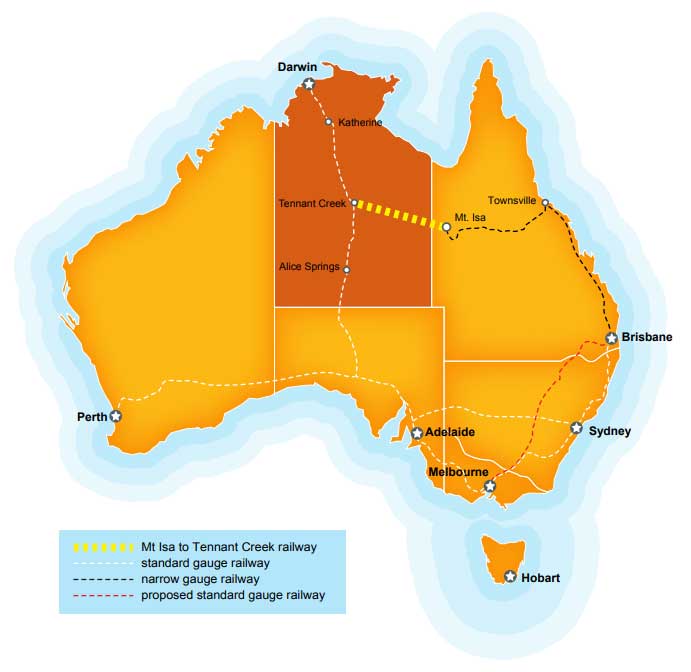 Like the rest of Australia, the Northern Territory (NT) is experiencing an increase in the proportion of seniors living or working in our community. As this occurs, Territorians are seeking a greater range of housing options to live independently, in a safe environment, and with access to care and community support.

The NT Government engaged KPMG to undertake a market analysis into the development of seniors’ lifestyle accommodation in Alice Springs, the Darwin urban area and the Darwin rural area.

KPMG found that there is demand for seniors’ accommodation in the Darwin rural, Darwin urban and Alice Springs areas.

The NT Government undertook competitive market processes with a view to engaging proponents to develop and operate seniors’ lifestyle accommodation in the three areas.

The NT Government’s objectives were to develop new seniors’ lifestyle accommodation that delivered value for senior Territorians while being commercially sustainable.

The market processes have concluded. The proposals sought significant financial contributions to the development by the NT Government.

Following detailed consideration, the proposals did not represent value for the Territory and the NT Government has declined all proposals.

While government will not be actively pursuing these specific development opportunities, it remains open to engaging with the private sector to facilitate sustainable development of new seniors’ lifestyle accommodation options. Interested parties are encouraged to contact the Investment Territory team at investmentterritory@nt.gov.au or 08 8999 5091.

Darwin is set to take a leading role in international telecommunications across South East Asia.

As Australia’s most northern capital city, Darwin is uniquely placed to become an international hub between Australia’s east coast and major commercial and population centres in neighbouring South East Asia.

Darwin will transform from a gigabit city to a Terabit Territory, and a digital leader in the region through the development of a highly secure, high speed terabit network.

Using existing infrastructure with some additional installations, the terabit network will support the needs of business, government and defence.

This development will build on Darwin’s position as the only Australian capital city with full Fibre to the Premises connection to the National Broadband Network.

These fibre links are expected to be commissioned in 2020 and be operational by the end of 2022, providing redundant paths for any Darwin installations.

Connecting Darwin to the United States

There is also a planned fibre link which will span the Indo-Pacific regions, providing the first subsea route to directly connecting Darwin, Singapore, Indonesia and the United States.

There are a range of investment opportunities associated with these developments. To find out more go to Invest in the Territory website. 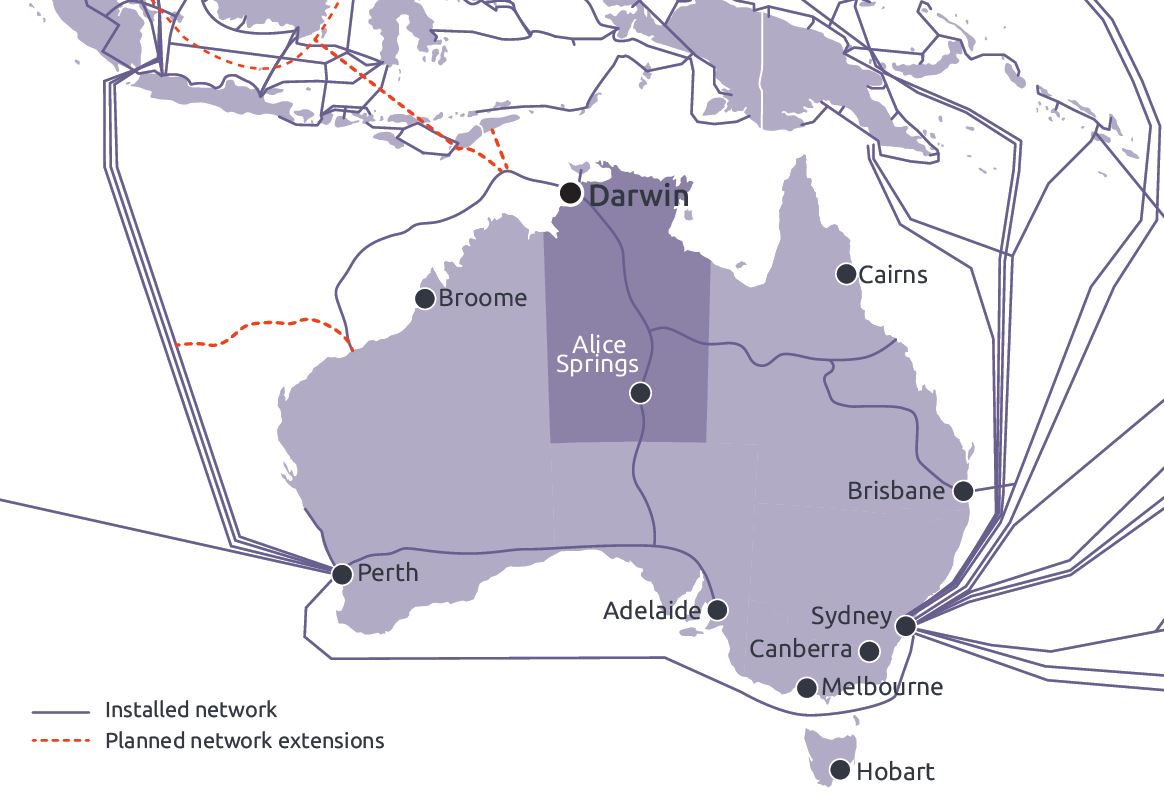 The Northern Territory Government has developed a framework for attracting people to the Territory, and encouraging those already here to stay for the long term. The Population Growth Strategy will be supported by annual Population Growth Action Plans.

The Northern Territory Government is working to bring new life and vibrancy to Darwin. To drive population growth, create more jobs and cement Darwin as a fantastic place to live, work and visit.
We are working with the Australian Government and the City of Darwin to transform our city into a world class tourism and cultural destination.

The Northern Territory Government established a co-investment fund to accelerate major and significant projects in the Territory.

The fund will support economic transformation projects and will help high growth potential Territory businesses to increase exports of goods and services both interstate and internationally.

For more information go to the Local Jobs Fund website.

Give feedback about this page.