Honours and awards for Territorians

The Australian honours and awards system recognises the exceptional contributors and quiet achievers in our community.

Honours and awards are a way to say thank you to Australians in every state and territory for their commitment and hard work.

The Australian honours and awards system celebrates the remarkable achievements of Territorians and people across the nation.

For a list of all Northern Territory honours and awards recipients, go to the Australian Government's Department of the Prime Minister and Cabinet website.

Honouring Women in the Territory 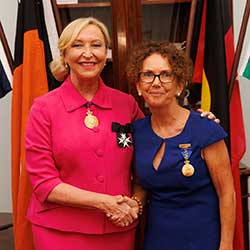 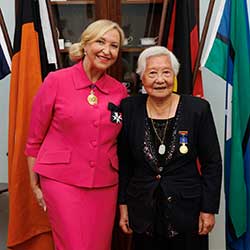 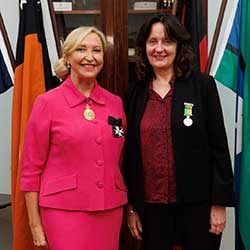 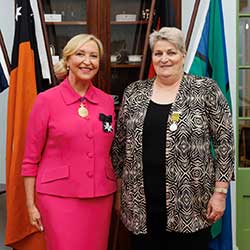 Biographical notes for recipients are available on the Governor-General's website.

Invested by Her Honour The Honourable Vicki O’Halloran AO, Administrator of the Northern Territory

Northern Territory women can be acknowledged for their commitment across professional, public and community ventures in various fields through the Australian honours and awards system.

The Northern Territory has many extraordinary women who enrich our lives and communities, and are leading the way for other women to follow in their footsteps.

The awards and honours highlight Territorian women who work tirelessly to change our communities for the better.

If you know a woman who deserves to be recognised for their outstanding contribution in their community or field nominate them for an Order of Australia. Download or complete a nomination form from the Governor-General’s website.

Australian honours and awards are announced several times a year:

International Women's Day (IWD) is celebrated annually on March 8 and is a global day celebrating the economic, political and social achievements of women past, present and future.

The day also marks a call to action for accelerating women's equality.

The first IWD was held on 19 March 1911 in Germany, Austria, Denmark and some other European countries. This date was chosen by German women because on that date in 1848 the Prussian King faced an armed uprising; he had promised many reforms, including votes for women.

Give feedback about this page.